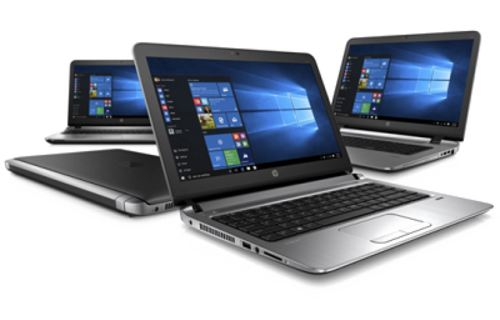 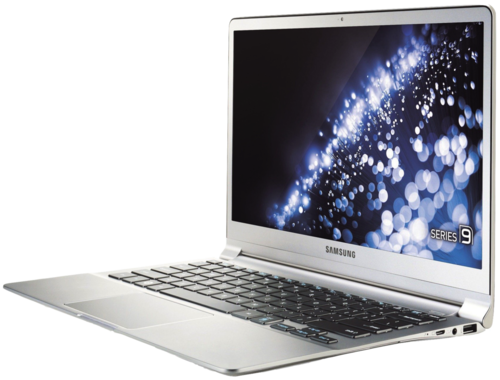 A laptop computer (also shortened to just laptop; or called a notebook computer) is a small, portable personal computer (PC) with a "clamshell" form factor, typically having a thin LCD or LED computer screen mounted on the inside of the upper lid of the clamshell and an alphanumeric keyboard on the inside of the lower lid. The clamshell is opened up to use the computer. Laptops are folded shut for transportation, and thus are suitable for mobile use. Its name comes from lap, as it was deemed to be placed on a person's lap when being used. Although originally there was a distinction between laptops and notebooks (the former being bigger and heavier than the latter), as of 2014, there is often no longer any difference. Laptops are commonly used in a variety of settings, such as at work, in education, for playing games, Internet surfing, for personal multimedia, and general home computer use.

Laptops combine all the input/output components and capabilities of a desktop computer, including the display screen, small speakers, a keyboard, hard disk drive, optical disc drive, pointing devices (such as a touchpad or trackpad), a processor, and memory into a single unit. Most modern laptops feature integrated webcams and built-in microphones, while many also have touchscreens. Laptops can be powered either from an internal battery or by an external power supply from an AC adapter. Hardware specifications, such as the processor speed and memory capacity, significantly vary between different types, makes, models and price points.

Design elements, form factor and construction can also vary significantly between models depending on intended use. Examples of specialized models of laptops include rugged notebooks for use in construction or military applications, as well as low production cost laptops such as those from the One Laptop per Child (OLPC) organization, which incorporate features like solar charging and semi-flexible components not found on most laptop computers. Portable computers, which later developed into modern laptops, were originally considered to be a small niche market, mostly for specialized field applications, such as in the military, for accountants, or for traveling sales representatives. As the portable computers evolved into the modern laptop, they became widely used for a variety of purposes.

We are HP Gold Partners for Workstations, Laptops & Desktops.